Below are some fun trivia facts about the White House and its history. Click images to enlarge. 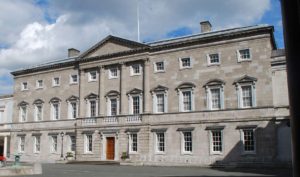 Was the White House design a copy? Irish architect James Hoban supposedly based his White House plans on the Leinster House in Dublin, originally the home of the Duke of Leinster, currently the seat of the Irish Parliament.

No free lunch at the White House. Every month, the president receives a bill for his (and his family’s) personal food and expenses including dry cleaning and toiletries, which is then deducted from his $400,000 annual salary.

The big house: Until the Civil War, the White House was the largest residence in America.

The name is relatively recent. Until Teddy Roosevelt, it was known simply as the Executive Mansion. 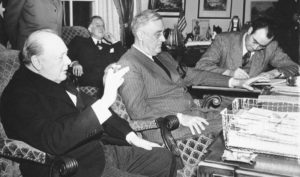 Is the White House haunted? Winston Churchill refused to ever again stay in the Lincoln Bedroom after he claimed that Lincoln’s ghost appeared to him beside the fireplace as he was emerging from a bath, fully naked.

Modern Comforts. Running water was piped into the White House in 1833, and central heating was installed in 1837. The first president to install electric lighting at the White House was Benjamin Harrison in 1891, but he never touched the light switches himself, for fear of being electrocuted. Millard Fillmore was the first President to have a bathtub with running water. 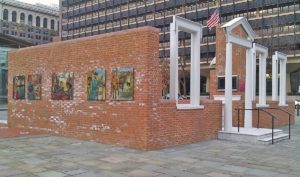 White Houses War? Philadelphia wasn’t happy that Washington, DC was getting the president’s executive mansion. During the 1790s, the city built its own presidential palace as a way to tempt George Washington and others from leaving Philadelphia, which was the acting capital. Washington refused to use the “palace” and stayed elsewhere in Philadelphia.

The White House was nearly condemned in 1948. President Harry S. Truman was forced out of the White House as his living quarters to the Blair House after officials decided the aging White House was close to collapse. Apparently, the repair budget under the FDR administration was ignored, even as more White House staffers were added to payrolls. When Truman tried to upgrade the White House, engineers discovered it was structurally unsound and close to falling down. The project was completed in 1952.